Why Should I Have My Pet Desexed?

It’s no secret that Australians love their companion animals. Research from the Animal Health Alliance shows that more than 63 percent of Australian households own an estimated 33 million pets, and that they spend a collective $8 million looking after them each week – a sure sign of the strong human-animal bond Aussies share with their pets.

Unfortunately, this loving bond doesn’t always stretch to having their pet desexed, or spayed as it sometimes known. Despite wanting the best for their furry friends and being aware of the many health benefits for pets that can result from the procedure, some pet owners still hesitate to have their pets desexed.

There are a number of reasons why pet owners avoid having their pets desexed. Many pet owners believe desexing is important but don’t think they need to get their own cat or dog desexed because they are always kept indoors or on a leash.  While this decision makes sense on the surface, desexing can still bring many benefits for indoor pets and their owners. Desexing indoor felines eliminates the unpleasant spraying that male cats will do indoors and reduces the crying sounds that female cats make when they are in heat.

Desexing also plays an important role for indoor dogs and their owners. We all know male dogs will do just about anything to get to a prospective mate. A male dog confined indoors is likely to try and escape to follow his natural instincts, increasing the risks he will roam the streets and get hit by a car, get lost or end up in the wrong hands, while having a female dog on heat in a confined space can bring behavioural changes and bleeding in the house. Desexing can eliminate and reduce these issues, making life much less stressful (and messy) for inside dogs and their human companions and also reduce the risk of indoor dogs developing prostate diseases, testicular cancer, uterus infections and mammary tumours.

Many pet owners want to have their pet desexed but worry the procedure will change their pet’s personality. This widespread myth is just that – a myth. Desexing will not change your pet’s basic personality, although it may lead to improvements in behaviour, playfulness, happiness and focus.

Some pet owners don’t have their pets desexed because they believe their pets are too young for the procedure, whereas early age desexing is readily available and the surgical procedure is actually less stressful on a younger pet. If the surgery can be carried out by the time a pet is four months old, it reduces many health risks and prevents the animal from contributing to pet overpopulation.

Perhaps one of the most common reasons cited by owners for skipping the desexing procedure is the cost of the surgery itself and the impact vets bill will have on their hip pocket. Desexing surgery does come with a cost attached, but popular discount desexing programs, like National Desexing Month which kicks off in July, can help bring the cost of desexing within reach and make surgery more affordable for pet owners. For more information about National Desexing Month, visit www.ndn.org.au 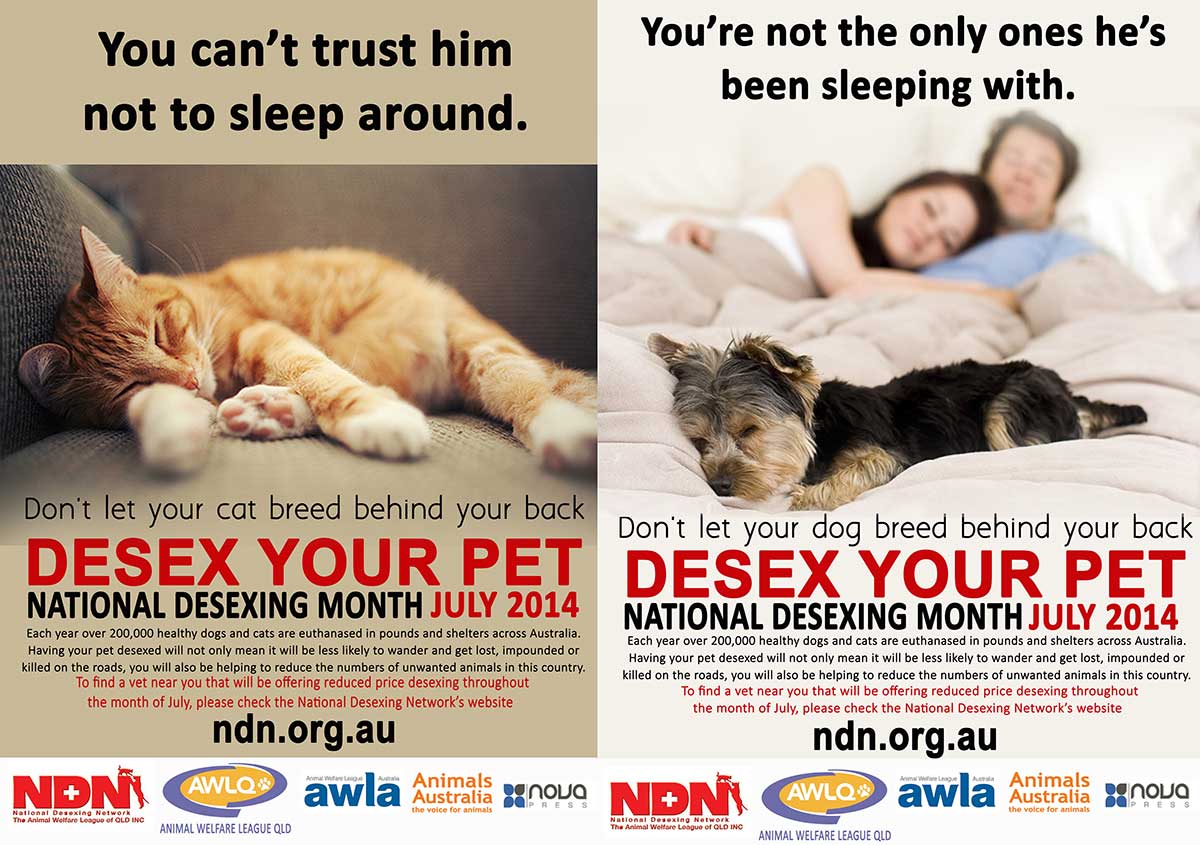 Companion Animal Network Australia is a proud supporter of National Desexing Month and strongly advocates for the desexing of companion animals. Find out more about our policies on desexing.

Why you should desex your cat before puberty

Learning to cope with grief after losing a pet