CANA’s WA member SAFE Inc is celebrating a major win with the City of Karratha that will allow SAFE Karratha's branch to carry on its life saving work!

Founded in 2003, SAFE has saved more than 30,000 animals across the state, including every re-homable animal offered by the Karratha City's Ranger Services and the community. SAFE Karratha's veterinary charges alone for the last financial year were $95,000.

City of Karratha provides financial support with an annual lump sum contribution of $65,000. Due to the lack of funds there are only 2 paid positions across all 11 branches. SAFE's work is supported by volunteers, including its founder, Sue Hedley OAM. 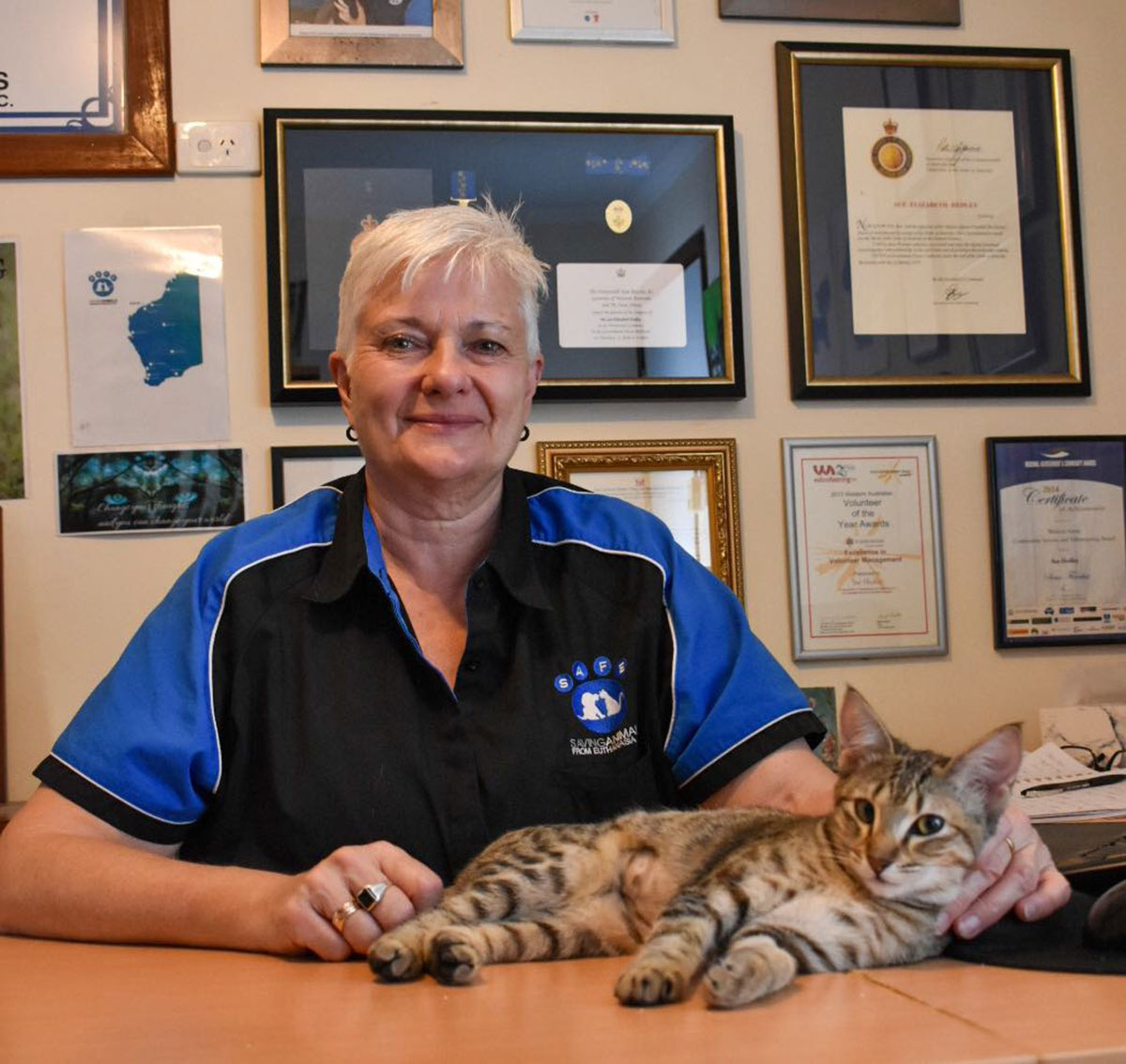 However, SAFE does not have anywhere near enough volunteers to help in the day-to-day operations and to ensure its sustainability, the charity needs the basic wage of one employee paid as a minimum, as well as a per animal contribution for those animals referred to SAFE from Council's Ranger Services in each Branch.

"If SAFE were no longer able to operate, the ramifications would be devastating, not only to the animals needing to be saved, but also to the entire community," explained Sue.

"Prior to SAFE's inception, homeless animals were frequently destroyed and disposed of by the Council. If we closed, vets and rangers would be having to euthanise healthy, re-homable animals, something that no one has had to cope with since SAFE's inception."

CANA applauds the move by Karratha Council to provide funding and service fees to SAFE Karratha to re-home animals.

"It is great Karratha City Council are supporting our vital work, however SAFE also operates out of Avon Valley, Broome, Bunbury, Busselton, Carnarvon, Esperance , Goldfields, Hedland, Metro- Perth and Newman where they receive no support from councils for doing the same work," said Trish Ennis, National Executive of CANA.

"We encourage other local governments to consider following the innovative and life saving ideas of City of Karratha."